# What it means to be a full stack developer 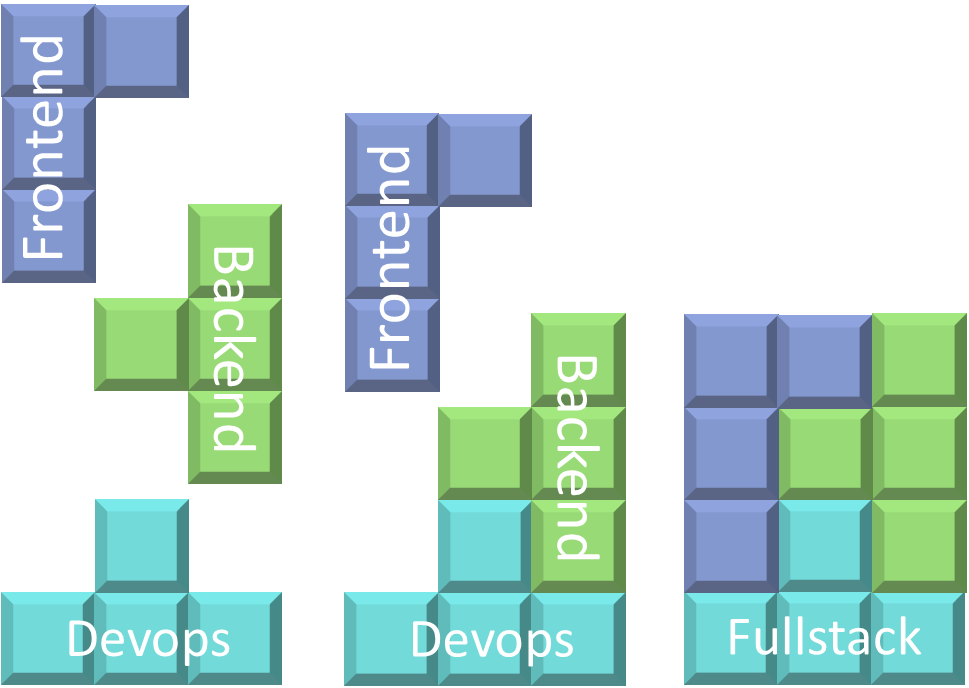 Lately when I talk about full stack development a lot of people proclaim their skepticism on the subject - saying that full stack engineers don't exist or that most developers, if not all, are only suitable for either back-end or front-end work.

The criticism mostly boils down to two issues:

These critiques miss the entire point of what full stack is.

# Full stack isn't about code, it's about ownership.

Full stack isn't about what languages you know or what technologies you mastered: it's about having the tools and authority to deal with a task from start to finish, and getting rid of obstructions.

Let's consider a common web development task that requires a simple new API from a back-end developer and a bit more work front the front-end developer - for example, showing a graph of some new metric or activity.

The timeline for development of such a feature often looks like this: 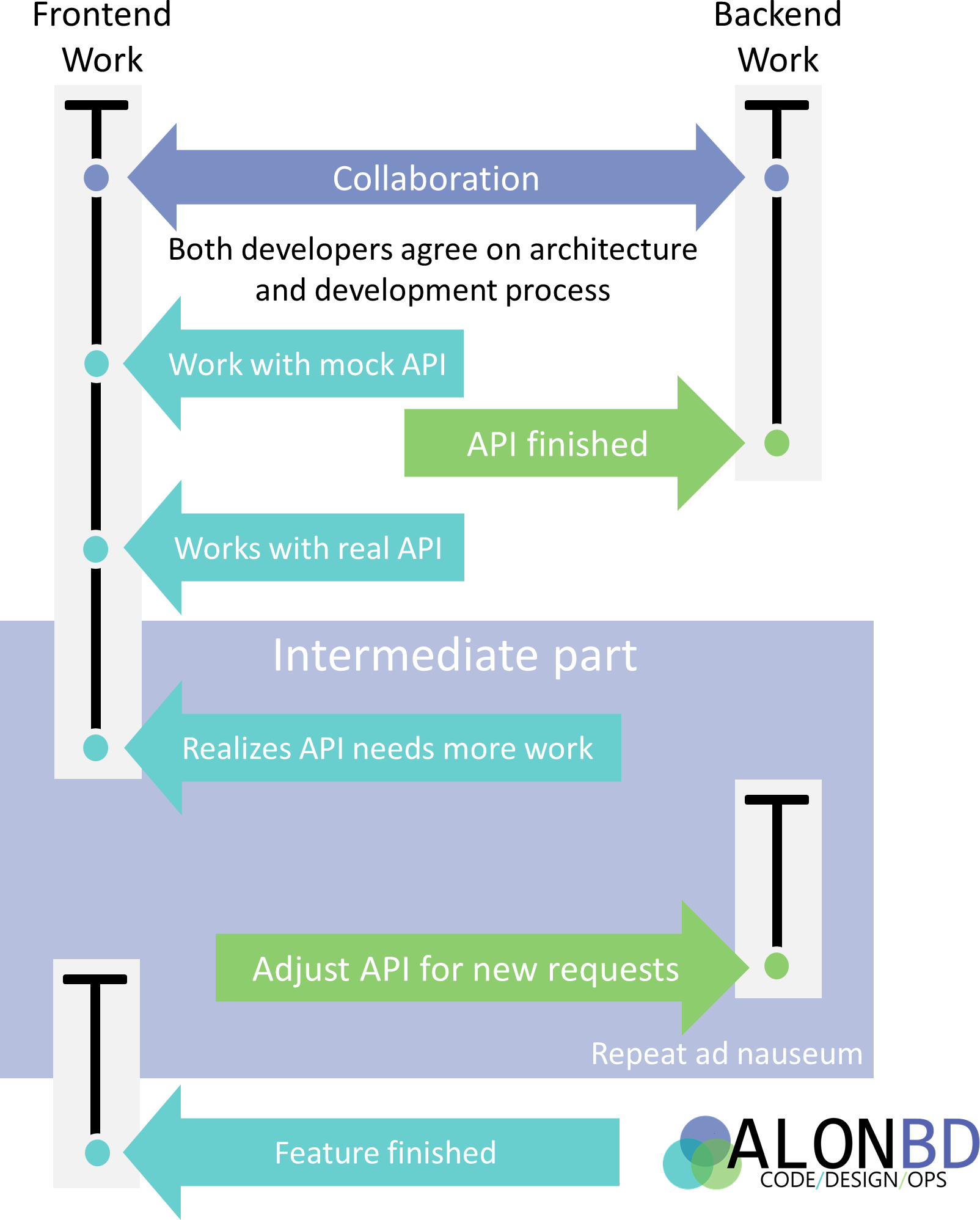 When scope changes or new knowledge about the task comes to light, adjustments need to be made to the original architecture, and one developer becomes a bottleneck for the other - preventing continuous work, adding pressure to each side and causing painful context switches, that can sometimes lead to resentment and conflict.

And above all, many times a difficult problem in one layer has a simple solution in a different layer. And when a developer is just front-end or just back-end, they often ignore solutions to business issues from outside their own domain.

# Anyone can do full stack

To answer the criticism that not everyone can do full stack, I'd like to point out, that what we consider front-end was back-end just a few years ago, especially the hard parts - routing, state management, caching, even business logic is now done routinely on the front-end.

Being a full stack engineer doesn't mean being an expert in all things, it doesn't mean doing everything on your own. Owning and developing a feature in an area you are less strong at, doesn't mean you can't get help; you should definitely ask for guidance and instructions from those, who are more experienced and specialize in that area.

# You can still specialize while doing full stack

Being full stack doesn't mean you can't specialize or become an expert on a topic.

Just like any other developer, a full stack will eventually develop expertise in certain areas, so it's natural to assign the more complex tasks in those areas to developers who specialize in them.

Don't split your developers into layers

# Full stack is more than just back-end and front-end

Full stack isn't just about back-end or front-end, full stack is a way of working where a developer owns his code and can remove all obstacles to complete a task on his own.

The same way of working applies to the entire stack - a back-end developer shouldn't have to wait for a DBA to approve an SQL script on a database, or for DevOps to add his feature to the CI. When doing front-end work, you shouldn't wait for a UI designer to crop an image for you.

Like all things in software development, no process is a silver bullet. People have been splitting development into different layers for years, and there is value in it.

If your development process involves a lot of planning and your specifications are air-tight, there are benefits to having different people doing different layers.

Some industries have hefty regulations or certification process that makes doing full stack development in all teams troublesome.

Full stack also doesn't have to exist in the entire organization, however if you are doing web development with agile processes you will probably gain a lot by moving to a more full stack oriented process.

Since this article is probably going to be a contentious with a lot of people I'll try and head off a few critiques: