# Tech Debt is a Marathon Not a Sprint

# Strategies and considerations on how to schedule Tech Debt work 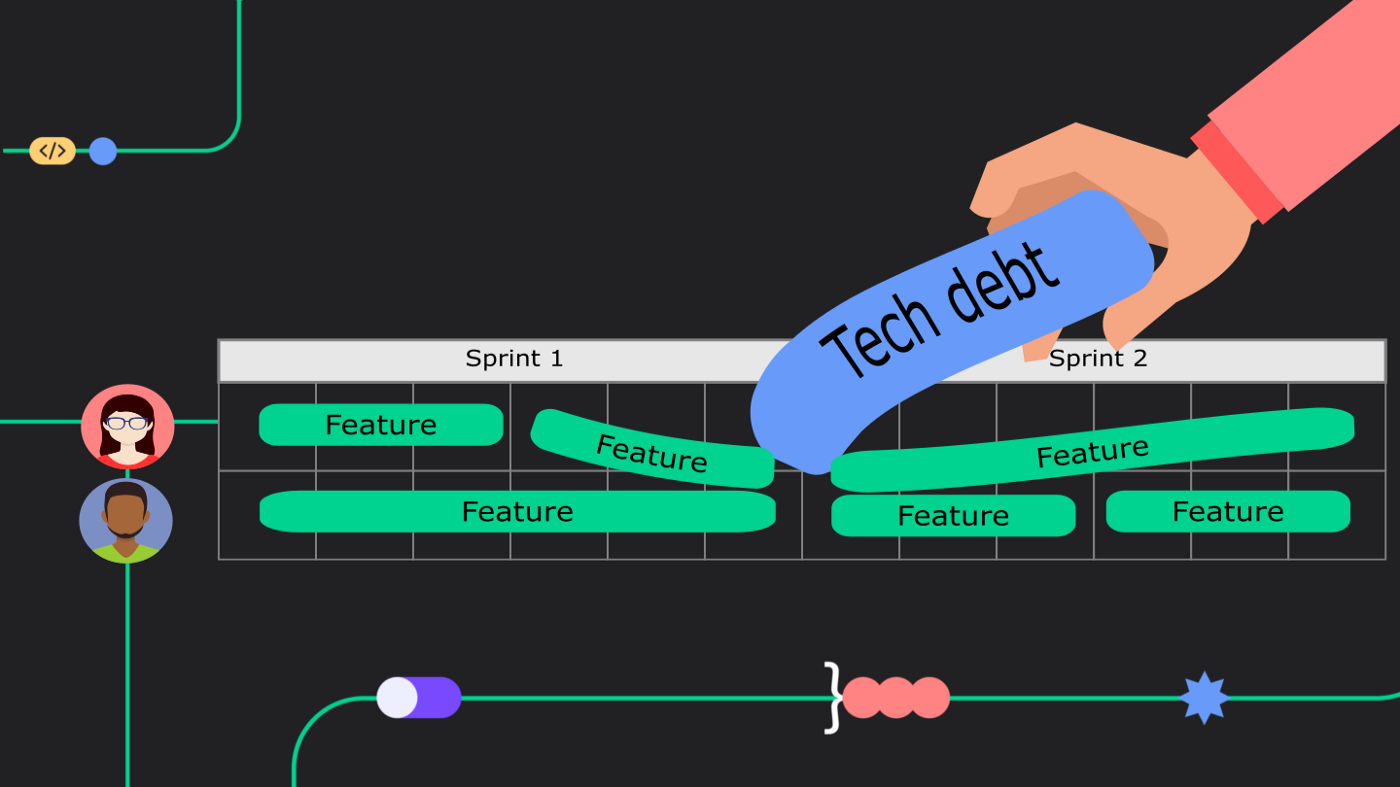 The hardest thing about tech debt is allocating the time to address it.

Have you ever heard someone tell you “we spend 20% of our time on tech debt”, or have you ever been asked to “dedicate” a certain percentage of your time to it?

Being a tech lead at Melio for the past two years (and coding professionally since 2009), I’ve had to answer this question quite a lot.

Melio is a hyper-growth startup, where things change very rapidly — velocity is one of the major keys to success and we care deeply about the user’s experience.
There are always pressing features, great value we can give users right now and time sensitive opportunities to pursue.

Trying to dedicate a chunk of time naively doesn’t work. Just as other parts of our company evolved — our strategy for dealing with tech debt had to adapt with it.

We ended up working with 4 different strategies:

Efficiently dealing with tech debt means juggling between different approaches until you find the combination that fits your current situation, and constantly iterating on it as circumstances change — Tech debt is a marathon not a sprint. 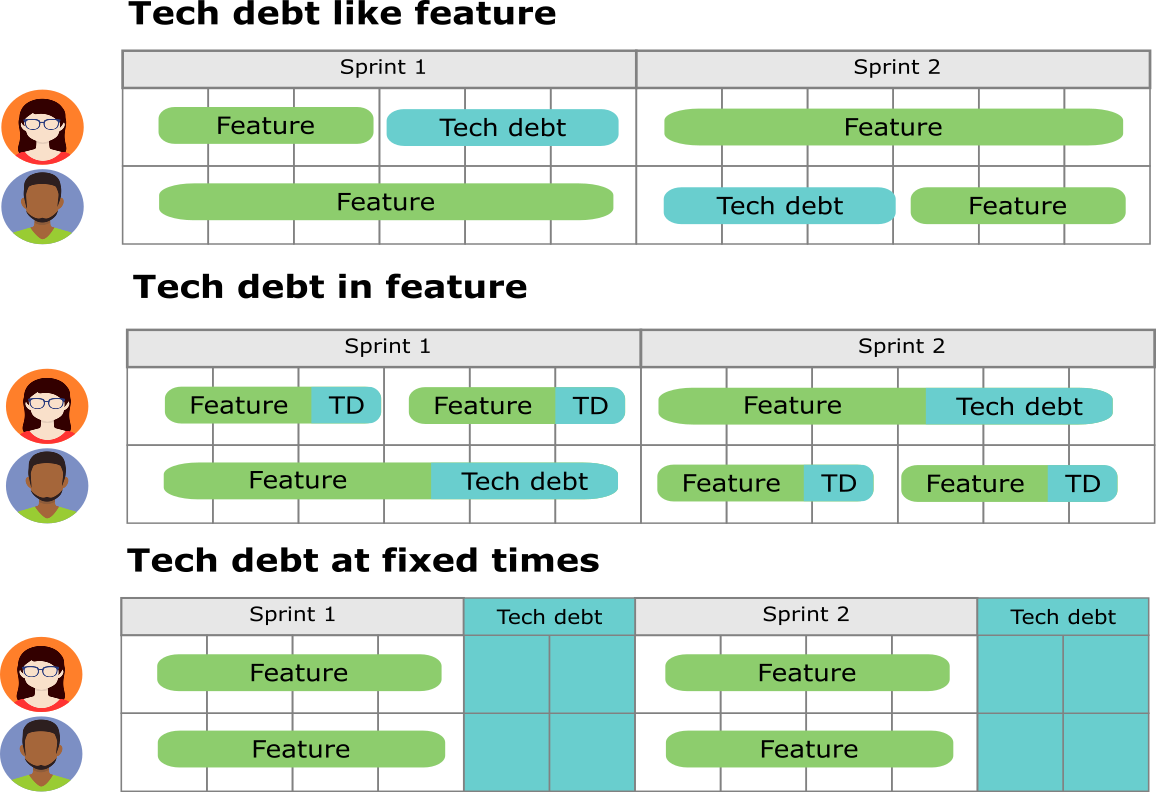 Treating tech debt like features, means you schedule them like any other task - if you make yearly or quarterly roadmaps, these tasks go in your roadmap.
If you plan sprints, these take a chunk of your sprint.

I find that a lot of refactors tend to follow a pattern — at first there’s the POC, the infrastructure work where new capabilities are a dded.
After that initial phase, there’s a longer phase, where more and more parts of the codebase are transferred to the new way of doing things.

Tech debt inside features means that when you plan and estimate a feature, you also plan tech debt work in areas that are relevant to that feature and include that work as part of the feature estimation.

Setting a fixed time in the roadmap, means you define a known amount o f time to do tech debt work, without exactly specifying what tasks are worked on or fitting tasks in.

This type of scheduling usually looks like one of the following: 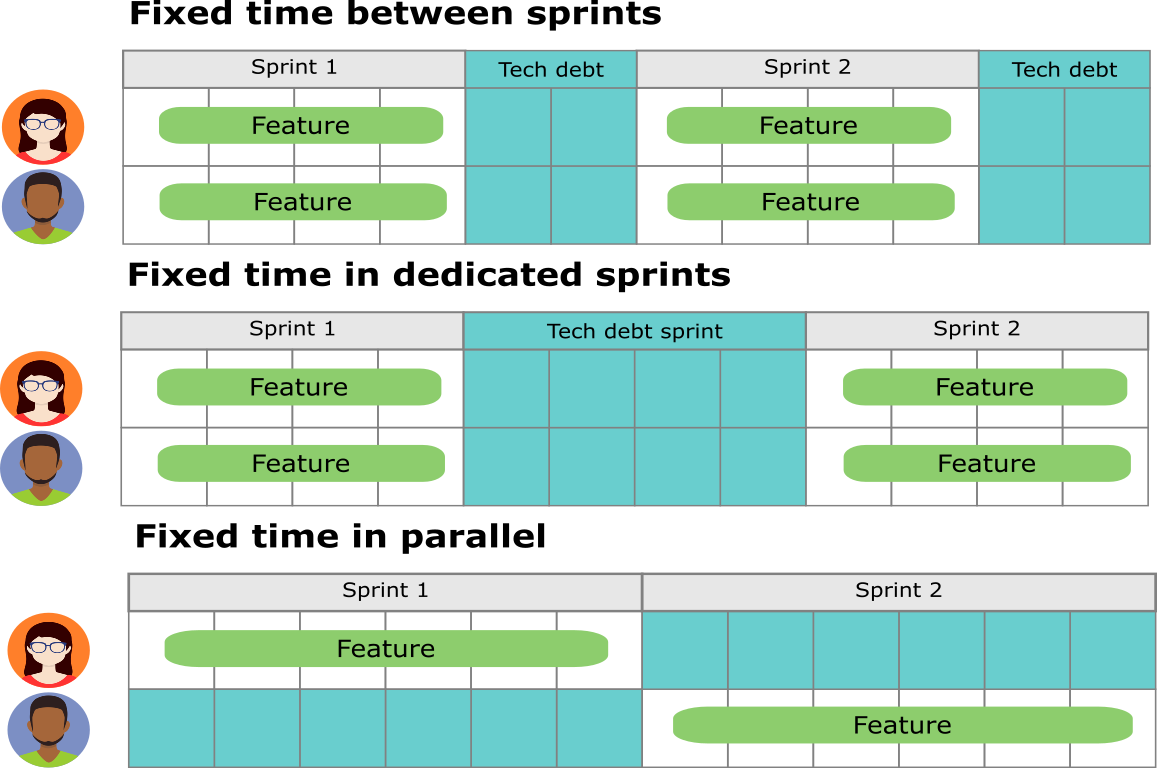 A dedicated task force is very similar to the Tech Debt like Feature method.
However the main difference, is that those who are part of that task force get extracted from the regular planning and resource allocation.

Dealing with tech debt practically, means choosing the right type of scheduling strategy for the work that needs to be done and the time and context it is done in.

There’s no right strategy for every company, and a healthy tech debt strategy usually involves a mix of different strategies.

More than that, a single piece of tech debt can have multiple strategies during its lifecycle.

For example, in Melio we migrated our frontend from flow to typescript(a technology refactor).

There was no practical way to do this kind of migration in a single batch, so we had to do it iteratively:

While in the end there’s no golden rule that fits every organization and every context, I find that a lot of times we can set tech debt on two axes:

Once you can categorize the task on these two axes, it becomes easier to find the right way to tackle it using this chart: 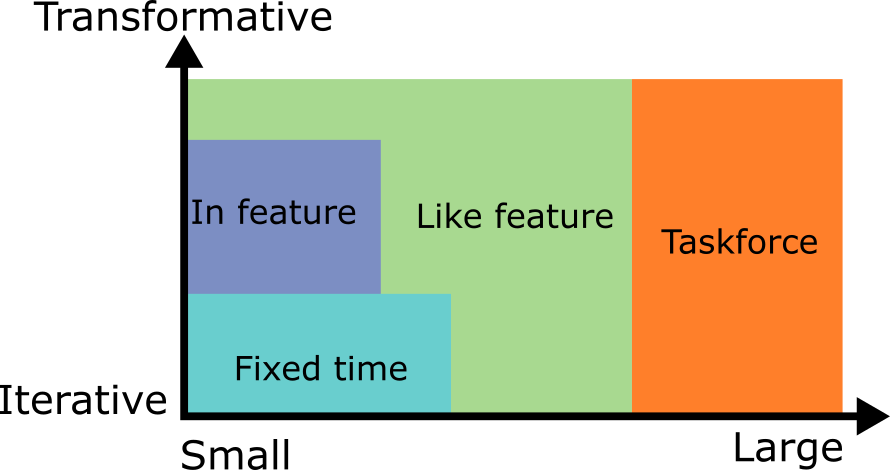